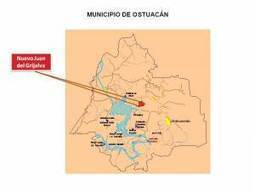 I came across this intriguing essay by Japhy Wilson titled “Notes on the Rural City: Henri Lefebvre and the transformation of everyday life in Chiapas, Mexico”:

[Abstract appended to the post below], in which I read of “The Rural Cities Project”:

“In 2007 the Governor of Chiapas, Juan Sabines Guerrero, announced the launch of the Sustainable Rural Cities Project, a strategy for the concentration of the rural population of Chiapas in a series of new urban spaces planned and produced by the state” (Wilson 2011: 998).