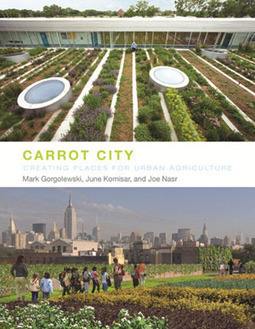 A flux of design proposals has emerged over the last few years that respond to the increasing interest in food security and sustainability. While cities have historically provided productive spaces for growing food out of necessity, the proposals in Carrot City represent an effort to think more coherently and strategically about food production.

They show how urban agriculture can become infrastructure for re-integrating food production into the urban fabric in meaningful ways, eventually becoming, as the authors argue, as imperative to a city’s functioning as public sanitation systems

Reblogged from The Dirt