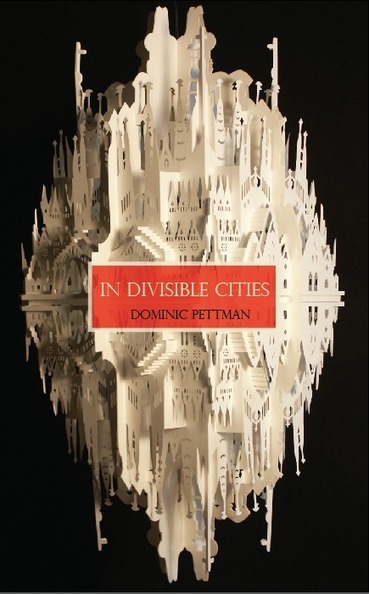 In Divisible Cities takes Italo Calvino’s classic re-imagining of Venice, viewed in the mind’s eye from many different metaphysical angles, and projects it on to the world at large. Where the Italian saw his favorite city as an impossible metropolis of many moods, shades, and ways of being, this unauthorized sequel unpacks the Escheresque streets in unexpected directions. In Divisible Cities is thus an exercise in cartographic origami: the reflective and poetic result of the narrator’s desire to map hidden cities, secret cities, imaginary cities, impossible cities, and overlapping cities, existing beneath the familiar Atlas of everyday perception. Stitching these different places and spaces together is a “double helix” or “Siamese seduction” between the traveler and his romantic shadow, revealing — step by step — a clandestine itinerary of hidden affinities, nestled within the habitual rhythm of things.

dpr-barcelona is an independent publishing house based in Barcelona, focused on architecture and city issues. Twitter managed by @cerreyes and @ethel_baraona